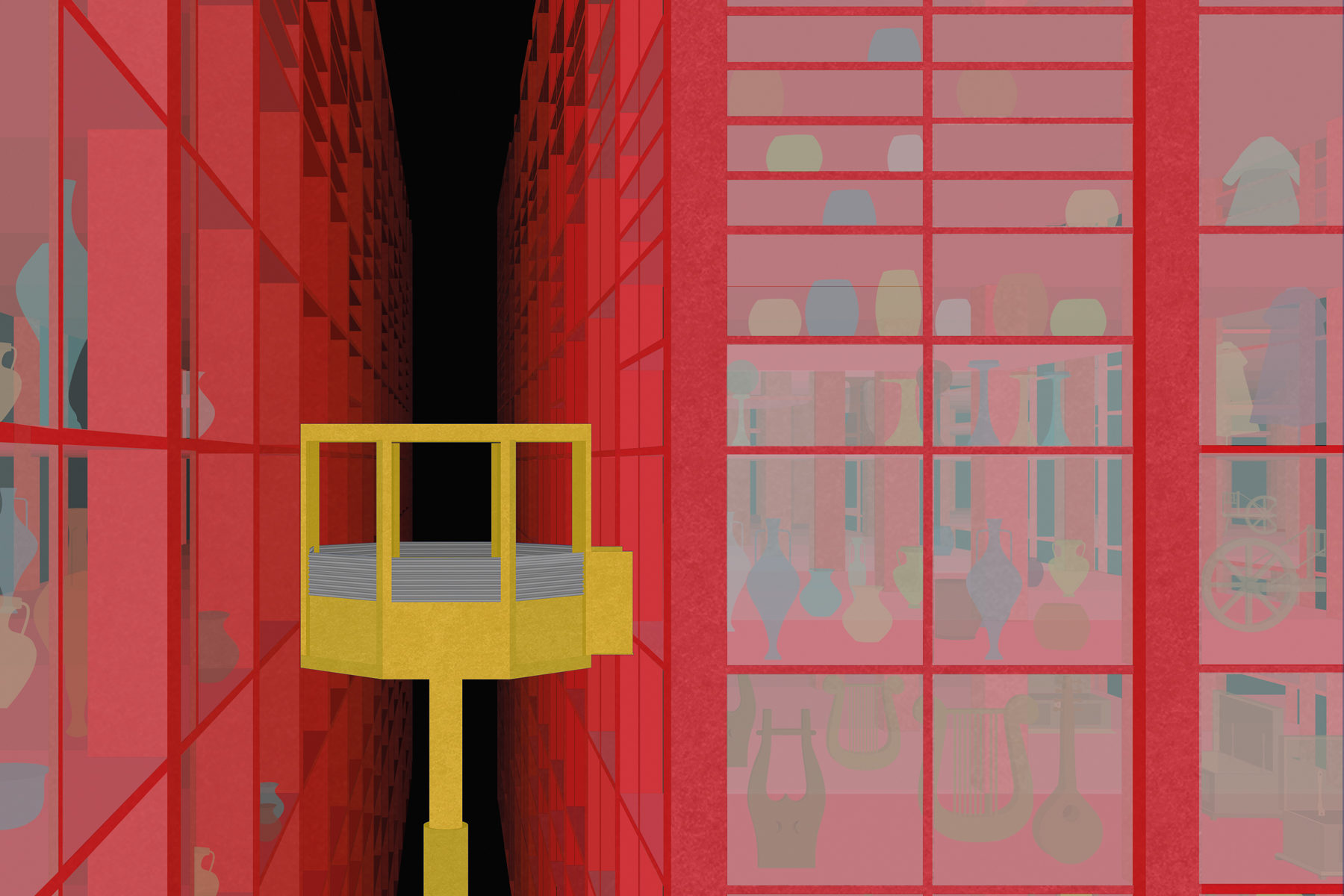 ADS10 is an architectural design studio at the Royal College of Arts taught by Gianfranco Bombaci, Matteo Costanzo and Davide Sacconi.

2A+P/A is an architectural office established in Rome by Gianfranco Bombaci and Matteo Costanzo. The office works on architectural, urban and landscape design projects with a particular interest in the condition of the contemporary city and has been awarded in a number of international competition. 2A+P/A has exhibited his work and to realize site-specific installations for several international institutions – such as the 1st Biennale of Orleans, the 14th, 12th and 11th Biennale of Venice, the 5th Biennale of Brasilia, the Architectural Association in London, the FRAC Centre in Orleans, the CIVA Bruxelles, the NAI in Rotterdam and the MAXXI in Rome. The partners are also founders and editors of the magazine San Rocco and they founded CAMPO, a space for architecture in Rome. They have been visiting critics and tutors in several European schools and universities.

Davide Sacconi is an architect, PhD candidate at the Architectural Association of London and co-founder of CAMPO, a space for architecture in Rome. He graduated with honours in Architecture at the Università degli Studi di Roma Tre and earned his postgraduate research diploma at the Berlage Institute of Rotterdam. He worked for internationally renowned offices, such as IaN+ and MVRDV on a variety of architecture, landscape and urban design projects and awarded in national and international competition with his own projects. He is the editor of the books Interior Tales (2015), The Supreme Achievement (2016) and Savage Architecture (2016), which comprise an exhibition showcased in several institutions in Europe including the Architectural Association, the Polytechnic of Milan and the CIVA foundation in Bruxelles. He has been unit master in the MArch Urban Design program at the Bartlett UCL and at the Liverpool University. Since 2014 he is Visiting Professor at the Syracuse University London Program where he has been the Director of the program in 2016-17.

Francesca Romana Dell’Aglio is an architect and PhD candidate at the Royal College of Art. After having graduated from the Istituto Universitario di Architettura di Venezia (IUAV), she holds a Masters Degree with Distinction from the Architectural Association in London. Francesca has previously been a unit tutor at IUAV and Oxford Brookes, and is currently a teaching assistant in History and Theory Studies both at Central Saint Martins, Architectural Association and Royal College of Art. For several years she has collaboratively worked on several exhibitions including projects for the last three Venice Architecture Biennale, and since 2011 she is editor of the Venice-based academic journal “Engramma”. Her PhD research focuses on the dispute between ritualistic and habitual actions and their effects on architecture and the city of London. Her writing appears in Lobby, STUDIO magazine and Engramma.