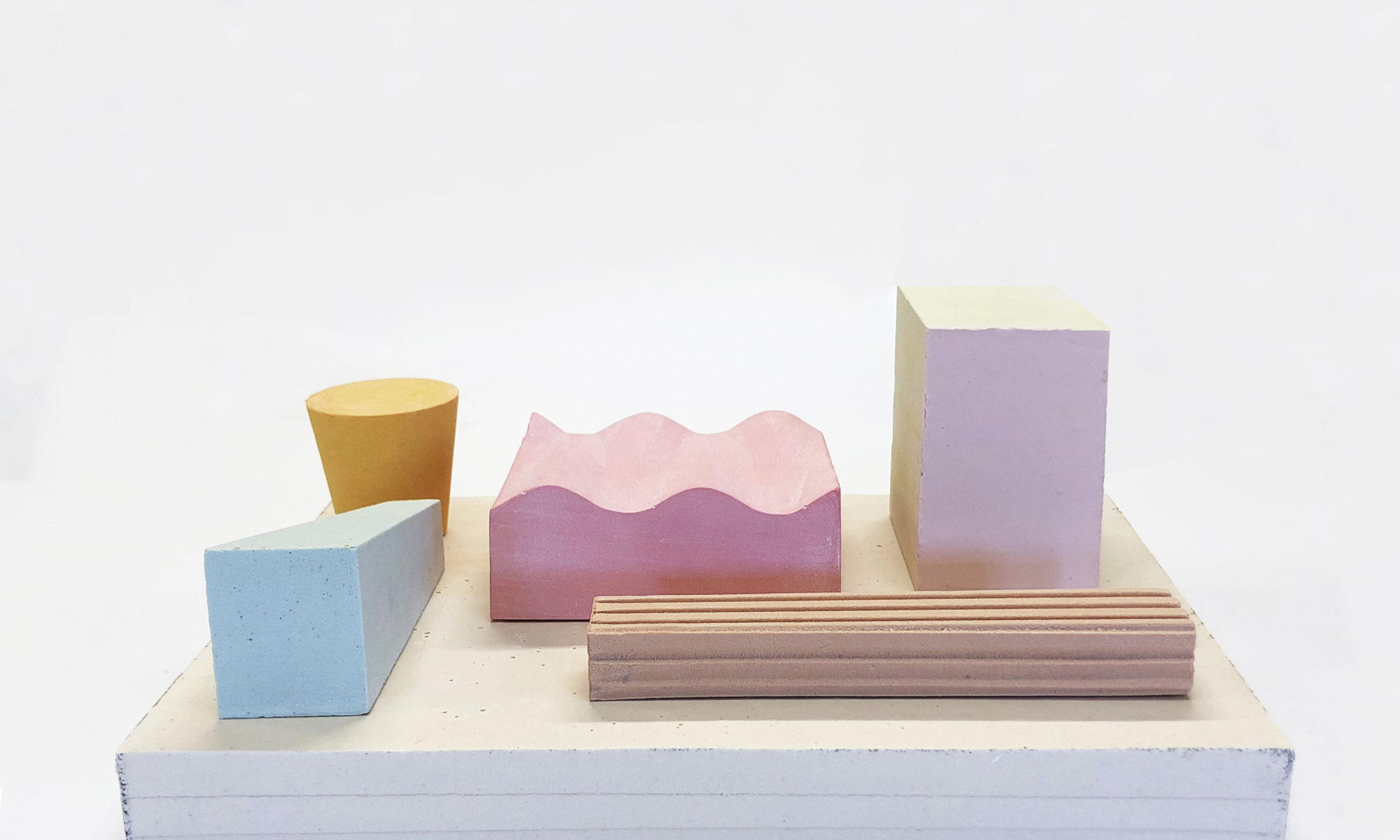 We began our journey toward a Savage Architecture by looking at Rome as a city paradigm alternative to the current dominant models of urbanisation. Rome is a city made of finite pieces and parts that respond to the symbolic needs of collective rituals, rather than to the functional urgencies of continuous expansion. We then examined more closely the relationship between architecture and man, exploring the idea that architecture is not about shelter, or wealth, or power, but rather about providing material and symbolic forms that satisfy the human need of gathering.

In 2019/20, ADS10 will delve further into the necessity of coming together. We will understand the collective as an anthropological category and a fundamental trait of our species. While many other beings live together cooperatively, the particular character of humans is our ability to use collective relationships for the production and exchange of knowledge. As a result, culture is to construct our environment by conquering, framing, organising and contemplating ‘nature’. From this perspective, architecture is not a technical problem, or a creative act or an economic tool, but rather the embodiment of a common knowledge – one that has its roots in the anthropological relationship between man and built from.

We intend to explore the three forms of building through its relationship with knowledge. Firstly, building as an object, a material configuration that can be measured, or contemplated, and can represent symbolic, political or economic relationships. Secondly, as a space that frames the activities, rituals and conflicts inherent in the collective exchange of knowledge. Finally, as a process that can give form to the needs, ambitions and desires of a collective subject.

ADS10 will explore the School as the paradigm of knowledge exchange. School not as a predefined institution, but rather as a process, form and space that celebrates what we have in common – our capability to produce by thinking, relating and making.

The architecture of the School needs to recognise and represent those rituals of exchange and production of knowledge, which are struggling to emerge from the gelatinous spreading of urbanisation.

Theatres of knowledge that stage the savage power of being human together.

A striking example of a theatre of knowledge is the Rusakov Workers’ Club by Konstantin Melnikov, which provided workers with a new built form for gathering and producing knowledge.

Following the 1917 revolution, the new world of the working class had to be built as workers began to demand spaces for gathering, study, recreation and participation in public and cultural life. In response to these emerging demands, the constructivists opted for the symbolic and material re-appropriation of two existing aristocratic archetypes – the club and the theatre. Both these forms of gathering implied liturgies of encounter and knowledge exchange that mixed entertainment with the consolidation of social and economic bonds. In response, the workers’ club was conceived as a machine for the active participation and self-expression of the masses – a ‘school of culture’ and a ‘workshop for the transformation of man’, rather than a space for economic activities and entertainment.

Built in Moscow between 1927–28, the Rusakov Workers’ Club perfectly embodies these ideals in its form, organisation and use of materials. The main space is a performance hall organised in a fan-shaped plan, allowing multiple tribunes overlooking the scene. Due to this peculiar organisation and careful sectional design, the hall can reach a capacity of over 1000 places, or be subdivided in smaller rooms for rehearsals, assemblies, projections or smaller performances. Between the stands, runs the circulation system that connects the vertical stacking of the hall, foyer and auditorium, while at the back are the administration and the service spaces. Even more so than the programmatic variety, the form of the building reflects the functional and flexible organization of the club. The glazed vertical strips of the stairs alternate with the cantilevered volumes of the stands, exposing the activity of the gathering masses in the public realm of the city. The club acquires a strong, symbolic presence by coupling the modern building technique with the experimental practice of a new idea of collectivity. 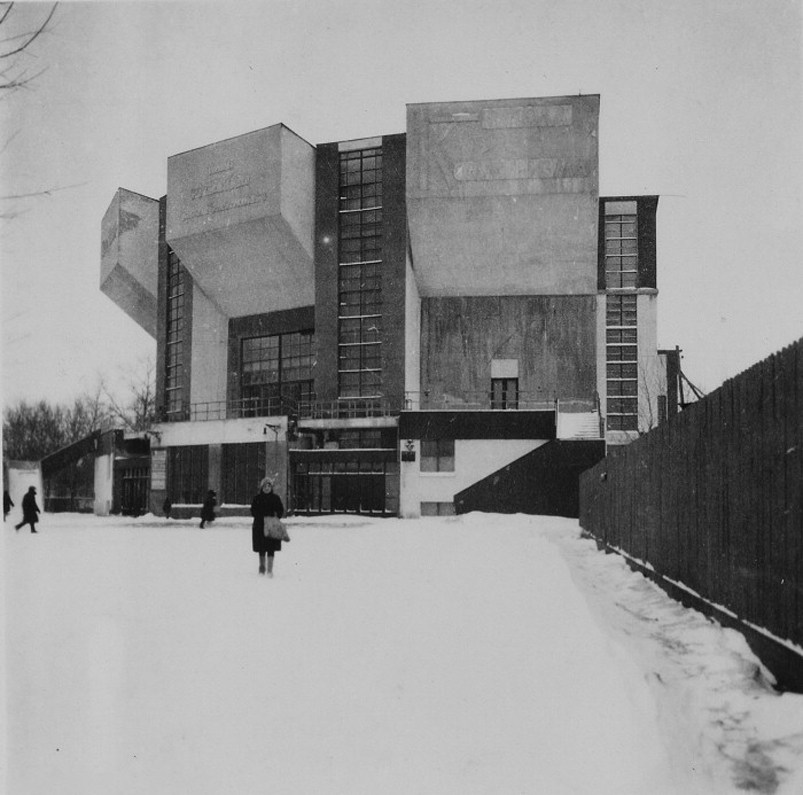 The idea of an architecture responding to the latent energy of the city took on a paradigmatic form in Lina Bo Bardi’s project for SESC – a network of sport, cultural and health services funded by the Commerce Association. The project is sited on the former Mauser factory in São Paulo, an area which was already occupied with all sorts of self-organised leisure activities. Appointed in 1977, Bo Bardi assumed the goal of the project as amplifying these existing needs and giving them form and representation in the public sphere.

The ‘Leisure Factory’ recuperates the existing structures, celebrating exposed materials and collective life by introducing cultural activities organised spatially through reinforced concrete insertions. The interventions revolve around a number archetypical elements, which are an allegory of the Brazilian inland landscape – the colonial street, as a processional route for all sorts of popular celebrations; the food hall, with extra-large communal tables offering low-price food; the beach, a decked area which repays the city for the absence of the sea; the theatre, equipped with uncomfortable seats that keep the spectator awake; the river, a wavy stream of water that ties together the study, play and exhibition areas; and finally the citadel, a set of three newly built towers hosting the water reservoir, sport fields and changing rooms.

In the citadel, spatial and regulatory limitations provided the opportunity to give a banal sport centre the dimension of a lyric invention. The sport fields are stacked one on top of the other in a ‘sport cave’, where the apertures are not windows, but openings punctured into the concrete wall at a regular distance. The fields are connected by flying walkways, suspending the routine of physical exercise in a panoramic relationship with the city. The water tower stands out as a hybrid between a chimneystack and the jet of a concrete fountain.

In its strong formal and material choices the SESC Pompeia produces an effect of estrangement and conviviality, reflecting the juxtaposition of crude and metropolitan elements typical of the contemporary Brazilian city. At the same time, the use of a savage monumentality is not the representation of power, but rather, on the contrary, the ground of a collective sense – the celebration of a common knowledge that comes from popular culture.

Rome is an open air fabrica. For over 2000 years, the city has been built and demolished, destroyed and rebuilt. This immense collective effort produced a city made of the juxtaposition of objects – circuses, theatres, forums, villas, aqueducts and all sorts of structures placed side by side without a predefined, universal order. As in a still life, these forms established relationships between objects and the landscape, exposing a tension between the cosmological and universal dimension of the land and the eccentricites of human life. At the same time, each element gave form to a collective ritual, materialising the social, political and economic structure of Rome.

When Rome became the capital of Italy in 1871, this process of continual rebuilding gave way to the endless expansion and appropriation of the surrounding landscape. Under strong economic and migratory pressures, relentless urbanisation flooded the Campagna Romana, taking over renaissance villas, archaeological sites, former countryside towns and pieces of infrastructure. The city became a field of ‘palazzine’ – multi-storey apartment buildings organised in a scattered, incomplete and largely illegal fabric. This uncontrolled growth completely redefined the urban dimension of Rome, which lost its form and any measured relationship between the buildings and landscape. The life of the city was no longer defined by the emergence of exemplary public buildings and collective rituals, but rather by the flow of goods and information within an ever-expanding field of identical private buildings.

Throughout this radical change, building remained the main economic and social engine of Rome. A myriad of small family-based construction enterprises have been the backbone of the economic boom since the 1960s, producing a vast, generic city devoid of planning. This process informed the cultural and social character of the city – with the construction of Rome becoming a collective ritual that informed everyday life.

Building in Rome is as much a way to construct bonds and provide for the welfare of the family, as its is an economic activity. From this perspective, the disastrous process of unplanned urbanisation also comprises an extraordinary repository of knowledge that can be experimented, exchanged and passed on to future generations. From construction sites to material deposits and shops, technical schools to specialised institutes of restoration, archives to building research centres, dumping and treatment sites to quarries and industrial kilns, this extensive system of elements can turn into a territorial project centred on construction as practice and knowledge–base. If the consumption of the land and destruction of the environment can be stopped (if not reversed), then we can imagine a city that turns its own core, productive force into a shared value. A school of building that produces and preserves such vital, collective intelligence and celebrates the making of architecture in everyday life.