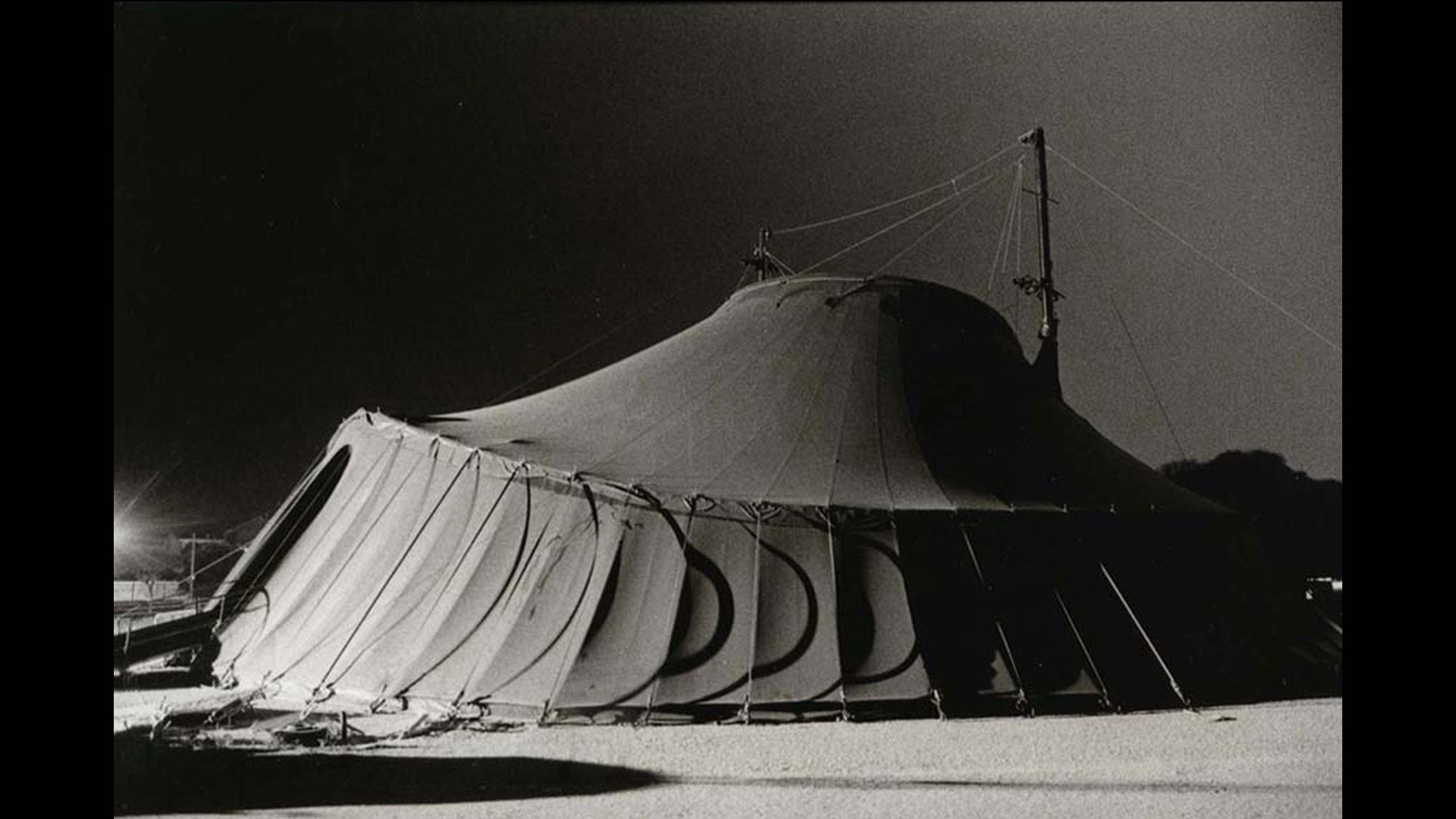 The theatre is a fundamental material and symbolic form in the construction of the social structures and political meanings of the city. At the origins of the theatre lies mankind’s ancestral need to visualise and rationalise the world of imagination, connecting the physical and the spiritual realms. This link is evoked and translated by performing dances or choreographed movements that make understandable the foundations of collective life. What differentiates theatrical performance from other public activities is the completeness of the collective ritual within the scene; a simulated perfection that allows to elevate ordinary gestures to paradigmatic acts, exemplifying what a community has in common. The participants of these events engage in an emotional mimetic process of social identification – the catharsis – that allows them to recognise and elaborate behaviours, social structures and rules that define their community.

As such, the theatre is not just a space for performances, but rather a form of construction and representation of a community, which uses sacred, ludic or dramatic representation of conflicts as didactic tools to build social practices. By explicitly exposing the common structure of life in the performative act, the theatre defines a truly political space, where individual existence acquires a meaning in relationship with a collective body of needs, desires and actions.

This relationship between stage, performance and audience extends to the scale of the city, understood as the stratification of theatrical spaces that constitute and represent a multitude of collective subjects. The political life of these unstable subjects demands the permanent stage of architecture in order to be internally recognised by the community and at the same time outwardly represented in the public sphere.

Considering the space of performance as the key form of construction and representation of collective subjects, ADS10 proposes to challenge the canonical understanding of theatres as cultural institutions or programs of entertainment that populate the city. The students will be called to identify, document and collaborate emerging collective subjects in the city, with the ambition of designing architectures that can represent their collective needs and desires in the public sphere. Understanding the space of performance as a space of political action, rather than as a genre of leisure that can just reinstate existing social relationships, we will imagine theatres of the everyday that could emancipate common lives from the ubiquitous, repetitive and oppressive standards of urbanisation.

An outpost for popular culture

Entering for the first time the abandoned Mauser barrel factory in São Paulo, Lina Bo Bardi was impressed by the wonderful concrete structures of the orderly arrayed warehouses, reminiscent of the pioneer works of the French engineer François Hennebique.

However the second time, during a weekend visit, she was amazed by the spontaneous life of the building: groups of children playing hide and seek, women grilling meat on improvised barbecues, youngsters playing football among the puddles and a puppet show entertaining a crowd of kids and elderly people.

These different qualities of the place define the tensional field of the project for the SESC Pompeia: a set of bold and uncompromisingly modern interventions aimed at the preservation and enhancement of both the material quality of the existing building and the forms of gathering of the community occupying the site.

Reinterpreting the archetype of the fortress, which had a crucial role in Portuguese colonisation, the project proposes a set of three newly built towers hosting the sport fields, the changing rooms and the water reservoir. The sport fields are stacked one on top of the other in a “sport cave” characterised by “window-holes” brutally opened into the thick concrete walls. The fields are connected to the tower of the changing rooms by flying walkways that suspend the routine of physical exercise in a breathtaking relationship with the city. The water tower stands out as a hybrid between a chimneystack and the jet of a concrete fountain. The banality of a sports center is turned into a “citadel”, an outpost where human relationships can be reconstructed in order to reconquer the alienating sprawling of São Paulo’s urbanisation to a possibility of collective life.

Rough concrete forms are used also to turn the existing factory into a library, a theatre and various exhibition and workshop spaces. However these brutal urban injections are counterpointed by elements that allegorically refer to the Brazilian rural landscape: the processional street for festive celebrations; the food hall with extra-large communal tables and low-price food; the decked area of the beach compensating the absence of the sea; the water stream tying together the study, play and exhibition areas.

Responding to the sport and cultural program of the SESC – the non-profit association of commerce that funded the building – Lina Bo Bardi imagines the center as a “Leisure Factory”. Bringing labour and leisure together the project intends to substitute the institutional conception of culture and the competitive mentality of sport with the notion of conviviality and recreation. Rather than a set of values imposed by the ruling class, culture and collective activities can become the very means of production of a truly popular culture. To this end architecture has to provide both a symbolic presence in the city and the material stage where collective rituals can take place according to continuously negotiated choreographies of cohabitation.

When the order is simple, the response is simple

Camille and Manolo, a couple of equestrian artists, are in need of a large tent where they could perform Macbeth in Marseille. With a dozen horses and a small group of women and men they decided to build the “Theatre du Centaure”, a place where everyday humans and animals work together to build a dream, to construct a collective imagination, to realise an utopia. As a community they pursue a specific way of living, where the set of beliefs and daily rituals is intimately related to the form of the space where life takes place. Like the improvised hideout of a child, the “Théâtre du Centaure” is a space that is both mythical and real.

Working in close relationship with the community, the architect and scenographer Patrick Bouchain used a design method inspired by a visit to the Lobi people in Ivory Coast. Here the newlyweds receive a plot of land on which they walk to trace the limits of their house. On these marks they build 50 cm high walls and live within them for a while. Then, if the project is good, they progressively build the complete house.

Similarly, Bouchain first built a full size prototype of the theatre on a beach in Camargue, using the sand dunes to find the best relationship between the movement of the horses, the dimensions of the stage and the inclination of the tribunes. The final solution brilliantly resolves in a unitary gesture the conflict between a circular space, ideal for equestrian shows, and the need of a stage where the actors could perform in front of the audience. The space of the seats is formed in the shape of a horseshoe by eccentrically inscribing the 12 meters circle of the stage within the 30 meters circle of the tent, thus allowing the audience to look frontally to a round stage.

Initially thought as translucent membrane, due to technical issues the tent has been realised with a black opaque fabric. However, in order to allow natural light to penetrate the space of performance, a large circular oculus overlooking the stage is opened. Through this simple but powerful gesture the variations of daylight enter the stage and the tent is opened towards the sky, celebrating a cosmological connection between the movement of the centaurs and the one of planets and stars.

Over the last four years ADS10 has developed a specific teaching methodology that brings together anthropological and design questions, narrative and representation, in order to construct a rich and meaningful ground where the project of architecture can be positioned in relationship with the city.

In particular during the first and the second term the construction of the field of inquiry will be accompanied by specific lectures by the tutors and by invited guests, which will focus on the themes of the studio.

The students are encouraged to use a variety of means in their investigation and representation of the project, spanning from different kinds of drawings to models, videos, book editing and curatorial strategies. Beyond the canonical review of the studio work, ADS10 organises specific workshops, focusing in particular on book editing, model making and exhibition curatorship, which will allow the students to acquire a specific skill set and will  inform the outcome of the Live Project, the WIP show and the Graduation show.