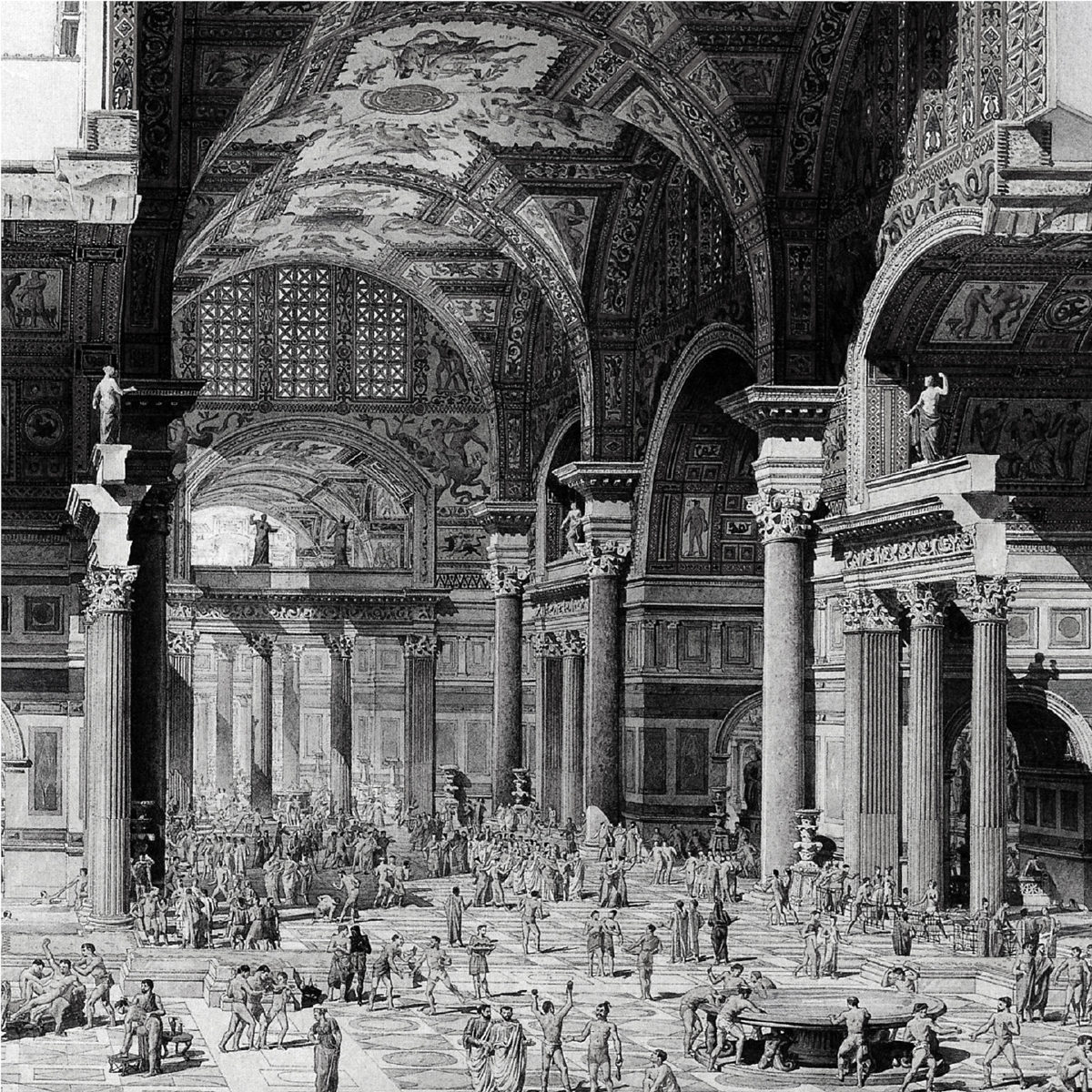 ADS10 departs on a journey toward the very reason of architecture, guided by an anthropological gaze in questioning the relationship between architecture and man.

The Studio has the ambition to verify whether architecture, as a discipline, can still challenge norms and behaviours imposed by the present urban condition and thus reclaim a meaning for contemporary practice.

If architecture is a form of knowledge in its own right rather than a problem-solving practice, the design method turns into an epistemological problem. In other words to formulate an architectural project is to construct and represent a body of ideas and meanings: a world and a specific system of understanding it. In a time in which we are subject to a relentless and ubiquitous flow of images and information, where anything and anyone is constantly accessible but also imminently replaceable, the problem of selecting a specific and meaningful set of objects or ideas becomes the crucial battlefield for architecture.

ADS10 proposes propose the Archive as a conceptual and methodological tool to construct constellations of forms and information to which the architectural project is called to give form, representation and organization. Archives are systems of meanings which correspond to collective rituals, codified systems of actions that allow human beings to live together. Ultimately ADS10 investigates the potential of architecture to give form to collective rituals, challenging the current organisation of life and opening the tremendous and troubling possibility to reset social conventions and reimagine the savage need to live together

A vision of the relationship between architecture and collective rituals is to be found along the majestic nave of Saint Francis Upper Church of Assisi. Here Giotto di Bondone frescoed in 1296 a storyboard of 28 scenes portraying the crucial moments of the Saint’s life. Every frame is made of just architecture and action: architecture defines the physical and symbolic limits where action can take place. Architecture can assume the form of furniture, building or landscape accordingly, framing movement and relationships with no other ambition than making life happen.

As a result the city is not a complete whole nor a system to be expanded, but rather an accumulation of pieces and parts, each giving form to conflicting interests. Different both from the ideal city and urbanisation, the city of collective rituals is a constellation of finite objects and everyday ceremonies which recognises its inhabitants as part of an anthropological community rather than as nodes of an economic system.

If architecture organises and represents life by sublimating ambitions, struggles and desires, the tremendous beauty of the city lies in the impossibility of this supreme achievement, in the unresolvable tension between the projection of an order and its misuse, subversion and reinvention throughout time.

Living (and dying) together

Life circulates within the flattening horizon of growth and expansion, producing the endless interior of urbanisation: building is everywhere and has become an alternative reality to the city. In the endless commodified metropolis we post, we tube, we share: our lives are captured within a continuous production line that endlessly trains our language, our capability to think, speak, remember, perform. Architecture is absent: home and office, work and leisure, interest and affection are melted in a continuous flow where no friction is allowed, no matter can resist, no order constructed. When did we forget how to live together?

Ettore Sottsass, in a provocative project published on Casabella in 1973 with the title The Planet as Festival, responds to a scenario in which “production problems no longer exist. A few movements alone are sufficient, and machines make everything by themselves in eternally repeating cycles”. Liberated from work and satisfied in all their needs by the automated and decentralised system of production, human beings can dedicate their life to construct a society of free time. Against the uniform and silent background of the productive infrastructure, architecture, relieved from the burden of program and function, can finally just give space to the deepest impulses of collective life. As Sottsass concludes: “freedom is nowhere to be found but in the awareness that we are living, and slowly dying, together”.

Sottsass’ project is prophetic inasmuch as it prefigures the contemporary condition of urbanisation, but more importantly exemplifying architecture as a ruthless form of critique and powerful machine of political imagination. The “radical” legacy is not one of fantastic retreats and seducing utopias, but rather the claim that architecture is a form of knowledge in its own right that can cast light and give form to the way we think, produce and live.

Rome is not a Roman city

Rome is a city made of the juxtaposition of objects: circuses, theatres, forums, villas, aqueducts and all sorts of structures are placed side by side without a predefined and universal order. Like in a still life, forms establish relationships one with the other and with the landscape, exposing a tension between the cosmological and universal dimension of the land and the becoming of human life. At the same time each element gives form to a collective ritual, materialising the social, political and economic structure of the city.

On the contrary the Roman city is based on the castrum – the military camp – and on the predefined order of the grid. Expression of an extraordinarily efficient military machine, the Roman city was conceived as an instrument of conquest and to give order to the unknown territory of the Empire: a completely abstract model to be endlessly expanded or repeated in any condition or circumstance.

When Rome becomes capital of Italy in 1871 a process of expansion beyond the historical centre responds to the its new political and economic role and under the pressure of immigration. Urbanisation relentlessly floods the Campagna Romana, bursting out of the Roman Walls and taking over renaissance villas, archaeological sites, former countryside towns and pieces of infrastructure. The city becomes a field of “palazzine” – the multi-storey apartment building, archetype of private speculation – organised in scattered, incomplete and largely illegal grids. Paradoxically Rome becomes a Roman city, turning the city of collective rituals into a camp without cardus and decumanus, and thus losing the measure of the relationship between buildings and with the landscape.

Intersecting design, curatorial and pedagogical trajectories ADS10 adopts a specific method to confront the overwhelming amount of possibilities opened before the architect. Rather than relying on the capacity of computation, on the contingency of action or on the creativity of perception, the Studio proposes to use the power of the Archive.
Archives are constellations of objects, documents and information linked by a bond: the concrete manifestation of a specific field of enquiry and at the same time a position within this field. Bringing together the fiction of narratives, the technical precision of drawings or models and the evocative dimension of images, the Archive constructs a detachment from the historical reality that allows for a critique of the existing condition to be combined with the proposal of radical scenarios: as such the Archive escapes the dangers of historicism and turns history into a horizon of liberation. This year the investigation on the potential of the archive will depart from the parallel study of two opposing set of elements: Roman Archetypes and the Radical Projects.

Archetypes are exemplary architectures which respond to specific politico-economic conjuncture, giving form to collective rituals. Thus Archetypes operate simultaneously at the particular and at the universal level: on the one hand they belong to a particular historical period and are determined by specific conditions, and on the other hand they transcend history inasmuch as they operate on the universal human need to organise time and space though form.

Archetypical forms expose a material and symbolic idea of city and in particular Roman Archetypes – such as the theatre, the circus, the basilica, etc… – define the paradigm of a city constructed by large objects for collective use rather than through a network of streets. Radical Projects Radical Projects instead are propositions which bring collective rituals to the extreme formal, social and political conclusion. Radical Projects are rootless in their critique of the existing conditions and in their imagination of alternative ways of constructing and inhabiting the territory. From this perspective being “radical” is to push the necessity of ritual collective actions beyond the material limits of architecture and the city, to the point of accepting as a consequence the dissolution of architecture itself. Radical Projects are like vectors that operate on the existing condition by defining a direction and an intensity to suggest trajectory into the future. The tension between these opposing poles, between the formal of the Roman Archetype and the ritual of the Radical Project, determines the field of knowledge in which the Archive has to be construct